Lauder students in the Latin America program met the team of the production Fandango at the Wall, “a music documentary without borders.”

Students met Kabir Sehgal (producer), Varda Bar-Kar (director), Francisco Castillo (featured musician) and Arturo O’Farrill (featured musician), and they discussed how this project was “inspired by the annual Fandango Fronterizo Festival, which unites people on both sides of the Tijuana-San Diego border.”

Lauder alum Nicolás Rodríguez-Brizuela (G’06 WG’06), also involved in the film production, shared his experience with current Lauder students. He mentions how important it is for a businessperson to be surrounded by creative people with different languages and cultures. We love this advice! 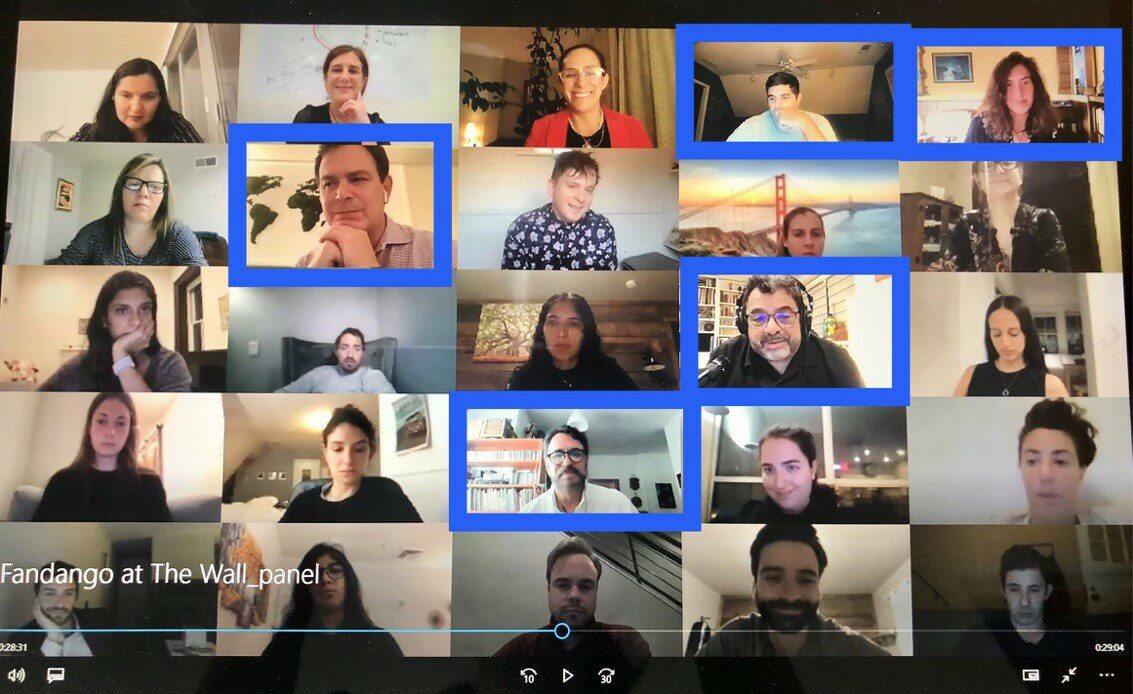