Director, The Lauder Institute
Lauder Professor and Professor of Management

Martine R. Haas is the Anthony L. Davis Director of the Joseph H. Lauder Institute for Management and International Studies, and Lauder Professor at the University of Pennsylvania. She is a tenured Professor of Management at the Wharton School, where she has taught since 2007. A native of South Africa and a US/UK citizen, her current research focuses on collaboration and innovation within multinational firms, knowledge sharing, and global teamwork. She has published academic and managerial articles in leading journals, served in senior editorial roles and on numerous editorial boards, and received scholarly awards from the Academy of Management and Academy of International Business, as well as awards for teaching excellence at Wharton in both the MBA and undergraduate programs. Before joining Penn, she served on the faculty at Cornell University and as a visiting faculty member at London Business School. She has also worked for McKinsey & Company in London and for the international aid agency Oxfam. She earned a PhD in Organizational Behavior (joint program between Harvard Business School and Arts & Sciences) and an MA in Sociology from Harvard University, an MA in International Relations from Yale University, and a BA with Honors in Human Sciences from Oxford University.

As Managing Director of the Lauder Institute, Kenric oversees the joint MBA/MA in International Studies and JD/MA in International Studies degree programs. He supervises daily operations in all areas from recruiting and admissions to graduation, from business administration to external affairs, and from research to outreach programs. In this role, Kenric serves as the primary advisor to students for academic matters and graduation requirements and thus works closely with the Wharton Graduate Division and the Penn School of Arts & Sciences in planning and executing the Institute’s programs and activities. Kenric arrived at the Lauder Institute in 2008 as Director of Lauder’s Language and Culture Programs to provide oversight to the nine Lauder Language and Culture Programs on campus and abroad.  Prior to that, he worked at Stanford University where he completed his Ph.D. and M.A. in French. Kenric also holds a B.A. from Dartmouth College.

Dr. María del Milagro Lozada Cerna, or Mili for short, is Director of the Lauder Spanish Program and Faculty Head of the Lauder Language and Culture Programs.  She is responsible for overseeing the curriculum of the two-year language programs and summer immersions for approximately ten languages and four regional programs.  Mili also developed and runs the Lauder Intercultural Venture (LIV) program, including overseeing faculty members from different disciplines and academic institutions.  As a member of the Lauder Spanish faculty, she is passionate about helping students master languages and understand complex social contexts and cultural diversity.

At the Lauder Institute since 2011, Mili previously taught classes in Spanish language and Hispanic literature and culture at various institutions, including Temple University, the University of Canterbury (New Zealand), and the University of Pennsylvania. Her research interests lie primarily in language acquisition and intercultural development, experiential learning, and Latin American detective fiction, narrative, film studies, and cultural studies.

Mili earned a Ph.D. in Hispanic Studies from Temple University, an M.A. in Communication Sciences from Universidad Católica de Santa María (Perú), and a Marketing Certification from Wharton School of Business, University of Pennsylvania. She is a member of the American Council of the Teaching of Foreign Languages (ACTFL) and the Latin American Studies Association (LASA).

For more than 30 years, Marcy has been overseeing admissions, alumni relations and the coordination of special events for the Lauder Institute. Born and raised in the Philadelphia suburbs, Marcy earned her B.A. in English from Mills College and her Ed.D. from the University of Pennsylvania.

As the Assistant Director for International Studies at the Lauder Institute, Lisa supports the administration of the International Studies core curriculum for the Global and non-language Africa Programs, which includes the Global Knowledge Lab/Master’s Thesis, writing diagnostics, workshops, and immersions. Prior to her time at Lauder, she was the Fellowships Advisor at Vanderbilt University. She holds an M.S.Ed in Higher Education from Penn GSE, a B.A in Religious Studies from Occidental College, and was a Fulbright English Teaching Assistant in South Korea. She was born and raised in Taiwan but is native to California. In her free time, she enjoys fitness, Korean dramas, and keeping up to date with Taiwanese current events.

Kim is the Career Advisor for the Lauder Program’s students and is based out of New York City. She regularly meets with and guides students in regard to their career and internship plans acting as an additional resource to Wharton’s career management office.

Since he came to Lauder in 2004, Ed has been responsible for managing the financial and budgetary affairs of the Institute. Prior to joining Lauder, he was the Business and Communications Manager for the Wharton Financial Institutions Center and Program Manager for the Wharton International Forum, an executive education program held in various countries around the world for heads of global companies. He holds a B.A. in Modern Languages from the University of Pennsylvania.

As the Lauder Co-Director, Julia Lynch serves as the liaison between the Lauder Institute and the School of Arts & Sciences, including on matters related to SAS coursework and faculty. Julia is a Professor of Political Science at the University of Pennsylvania. She holds a PhD from the University of California, Berkeley and a BA from Harvard University. Her research focuses on the politics of inequality, public health, and social policy in the rich democracies, particularly the countries of western Europe. She has special interests in comparative health policy and the politics of health inequalities; comparative political economy of western Europe; southern European politics; and the politics of aging. At Penn, she is co-director of the Penn-Temple European Studies Colloquium, on the advisory boards of the Leonard Davis Institute of Health Economics, the Italian Studies Program, and the Bioethics minor, and faculty director of the European Studies minor. She currently sits on the Executive Committee of the faculty senate, and chairs the Senate Committee on Academic Freedom and Responsibility. She edits Socio-Economic Review, a multi-disciplinary journal focusing on analytical, political and moral questions arising at the intersection of economy and society, and serves on the editorial boards of Perspectives in Politics, Comparative Political Studies, Polity, Journal of European Social Policy, and Journal of Health Politics, Policy and Law. In the wider world, Julia is an expert advisor to the World Health Organization’s European regional office, past chair of the Health Politics and Policy section of the American Political Science Association, and past treasurer of the Council for European Studies. 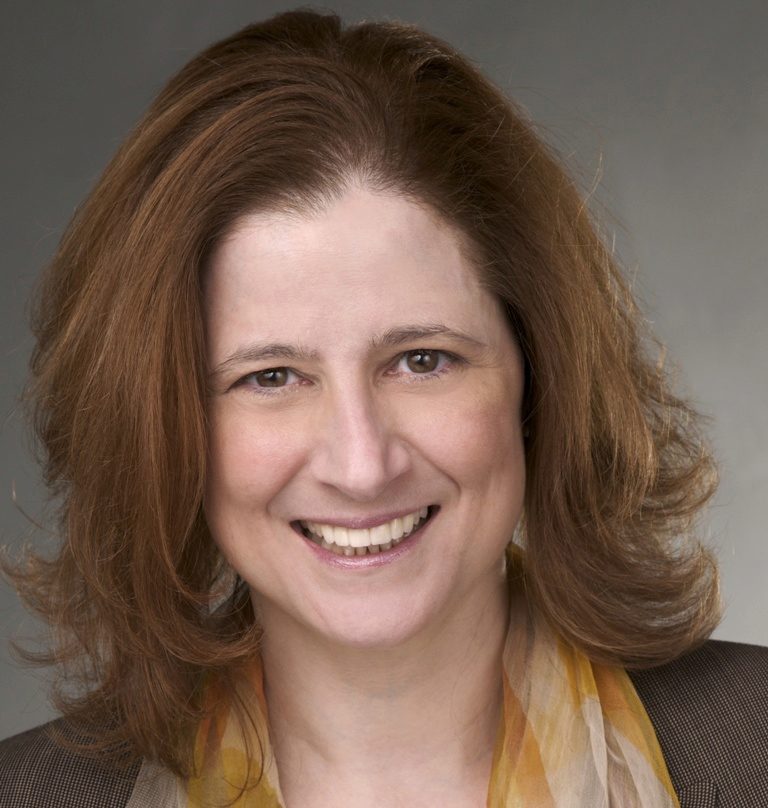 Dr. Regina M. Abrami is the Director of the Lauder Institute’s Global Program and Head of its International Studies faculty at the University of Pennsylvania. At the Lauder Institute, she is broadly responsible for interdisciplinary curricular development in support of the university’s joint-degree MBA-MA program in International Studies. Dr. Abrami brings to the Lauder Institute a passion for, and expertise in, experiential education, with focus on issues of political economy, intercultural group dynamics, strategic foresight, and qualitative field-based learning.

Dr. Abrami earned her Ph.D. in Political Science from the University of California, Berkeley, where she was both a Reinhard Bendix and John L. Simpson Memorial Fellow. She is a member of the Pacific Council on International Policy, Phi Beta Kappa, and a former Fellow of the Social Science Research Council and the Fulbright-Hays Program.

Haimanti joined the Lauder Institute in 2009 where she provides guidance on pedagogy and administrative support for approximately ten academic year language programs and the summer immersion programs. Additionally, she works with Penn’s Office of Risk Management and Student Health Services in her role as the Institute’s point-person for health, safety and security issues related to international travel.

She has been teaching Bengali at Penn since 1995, and has also taught Hindi and English as a Second Language. She was awarded federal grants for language projects in Bengali and Hindi, such as the multi-year International Research and Studies grant and the STARTALK grant, and has developed and supervised the design of Hindi learning materials for project funded by US Department of Education. At Penn, she received the School of Arts and Sciences Staff Incentive Award.

Prior to joining Lauder, she was the Assistant Director at Penn’s South Asia Center. She received an M. Phil. in English Literature from Delhi University (India) and subsequently completed her graduate work and PA certification in Elementary Education at Penn’s Graduate School of Education. She is ACTFL ILR certified tester-rater in Bengali and a member of the American Council of the Teaching of Foreign Languages (ACTFL).

Kara joined The Lauder Institute in 2015 and oversees marketing and financial aid for admissions and works jointly with the Co-Director of Admissions on recruitment events, application review, and admissions decisions. Prior to joining Lauder, Kara worked for Penn’s Graduate School of Education, as well as INSEAD and Columbia Business School. Kara grew up in the Philadelphia area, but was born in Norway and has lived in six countries on three continents. She earned an MA in Higher Education Administration from Teachers College, Columbia University and a BA in English and Political Science from Trinity College.

Danielle joined the Lauder Institute as a Program Coordinator in October 2013. She currently coordinates the Lauder Intercultural Venture program, the Jacobson Global Venture Award, and Lauder’s social media channels. Prior to working at the Lauder Institute, she worked in New York City as a corporate event planner. Danielle graduated from Rutgers University, New Brunswick, with a bachelor degree in Communication and German Literature is currently finishing a Master of Science in Organizational Dynamics (MSOD) at the University of Pennsylvania.

Sonja leads the Lauder Institute’s development and alumni relations engagement through Wharton’s External Affairs office. Prior to her work with Lauder, Sonja partnered with Penn’s Office of the Chaplain to support student clubs on campus. Sonja has lived on three continents, delivering programs and organizational leadership to non-profit organizations in New York City, Dublin, and Philadelphia. Sonja earned her M.A. in Urban Mission from Westminster Theological Seminary and her B.A. in Architecture from Barnard College, Columbia University.

Jessica Estariz is a native of Virginia Beach, VA currently residing in the Boston area. She earned her BA from Virginia Tech and MSEd in Higher Education from PennGSE. Following her graduation from Penn, Jessica began working in the executive search industry, focusing on diversity mandates for company boards and executive search within the technology sector. She began her career working in program management and administrative roles at Harvard and is excited to return to higher education. Outside of work, Jessica is an avid (but very amateur) cyclist, enjoys being outdoors during the warmer months and travels several times per year to visit her family.