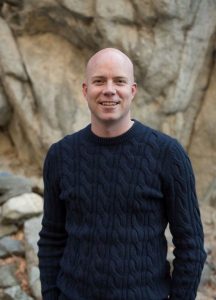 What were you doing and where were you living before you came to Wharton and Lauder?

Before attending Wharton/Lauder, I was living in Salt Lake City, Utah where I was the founder of an e-commerce business called PoolTables.com, which had about 25 employees.

What made you decide to pursue Lauder along with Wharton as part of your graduate studies?

I first heard about Lauder when I was living in the Cayman Islands when I was 23. I immediately knew it was the program for me. I had spent thirteen years living in Latin America and the Caribbean, so the program really spoke to me. I wanted an MBA, but I had majored in International Studies in undergrad and was interested in studying business from an international perspective. The idea of studying language, culture, international politics, and how those fields impact the way we do business just seemed to make sense.

What impact did participating in Lauder have on your career post-MBA/MA?

I was in Lauder’s Spanish track, and a number of my closest friends in the program were Brazilian. It really sparked a deep interest in Brazil and ultimately drove me to move to Brazil upon graduation where I started Baby.com.br, Brazil’s Startup of the Year in 2012. Additionally, my co-founder at Cotopaxi, Stephan Jacob, was a Lauder classmate of mine (a German in the Spanish track).

What were some of the best experiences you had at Lauder both in and outside of the classroom?

I actually traveled to 30 countries during the 24 months of Lauder. Seven of those countries were visited when my Lauder classmate, Greg Mitchell, and I organized the first Lauder Culture Quest where nearly 60 of our Lauder classmates raced from Belize to Panama. 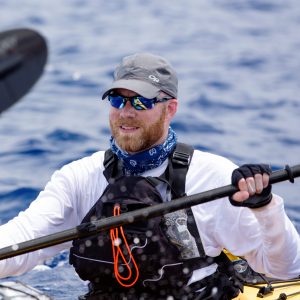 How did you balance doing two graduate programs (MA/MBA) at once?

A Wharton MBA is one of the most rigorous MBA’s on the planet, so adding the MA degree was a challenge. In addition to the academics, I had two young children and I was starting a new business. Ultimately, there is time for what is important to you.

Any advice you would give to applicants considering Lauder?

The Lauder program is what made me choose Wharton. It was truly the highlight of my Wharton experience and is where I developed many of my deepest and most meaningful friendships. There simply isn’t another program like it.