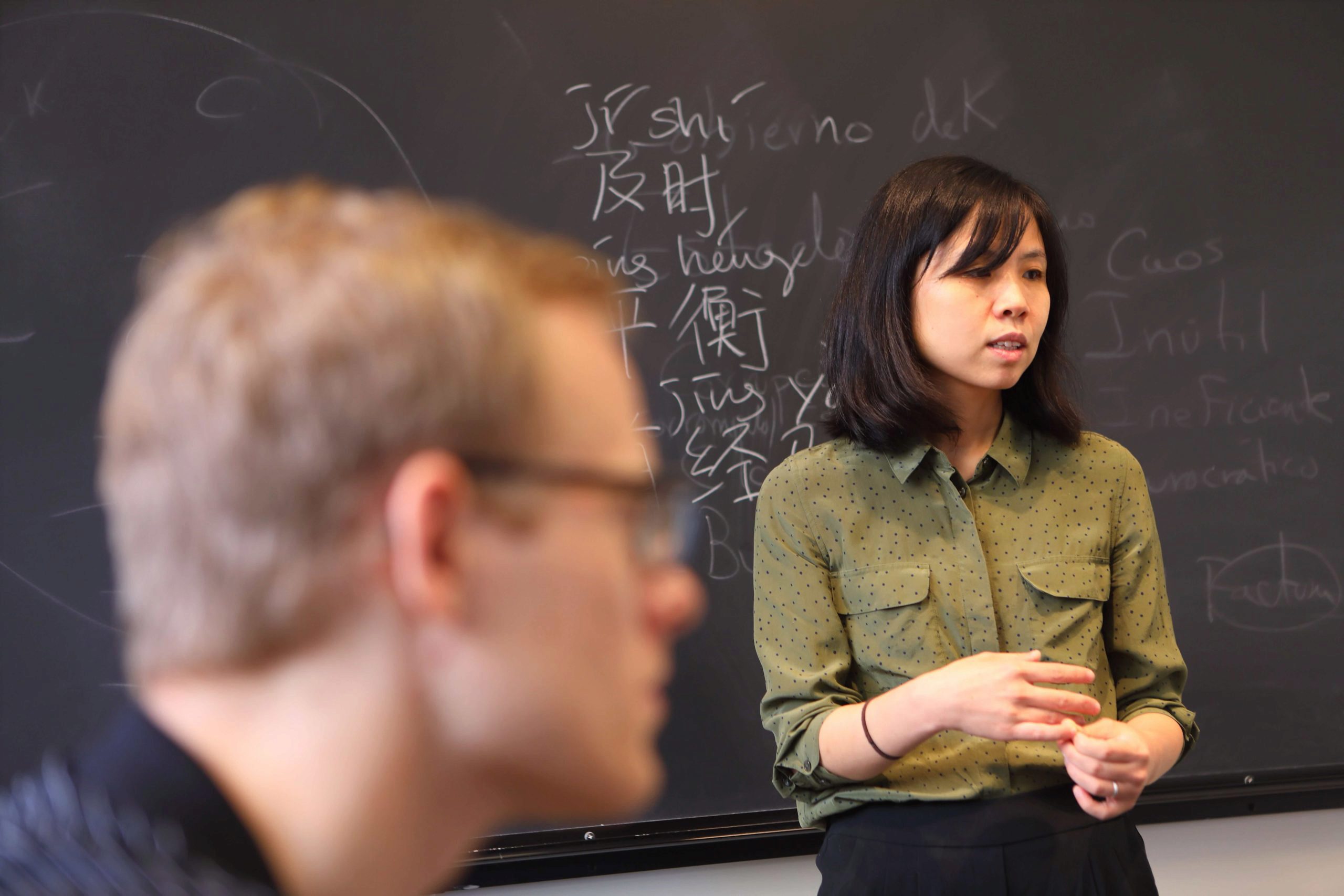 Students in the Lauder Institute’s nine language programs have opportunities to participate in brief immersions each year, in the spring. Language students undertake these immersions as part of the requirement of specific language courses to engage experientially with language through activities outside the classroom, which can mean local travel or study abroad.

Examples of past Language Immersions include:

Arabic A seminar and panel discussion on the impacts of the Arab Spring followed by a trip to New York to meet His Excellency the Ambassador of Tunisia to the United Nations. Students have also enjoyed musical performances, interacted with musicians (Al Bustan) and engaged in discussions on gender and politics following a film viewing.

Chinese A tour of New York City’s Chinatown to understand its history and culture, followed by dinner, the Broadway show Chinglish, and a post-show dialogue with the cast about the idea and content of the play

French A study abroad in Montreal, Canada, where students explored the business and cultural scene with visits to Bombardier Aéronautique, Cirque du Soleil, Château Ramezay, and the Museum of Contemporary Art

Portuguese Cooking Brazilian barbecue, attending a live performance of PhillyBloco (a group of local percussionists that plays Brazilian music), and a movie and guided discussion with faculty and the capoeira performer Adenilson dos Santos

Russian An evening exploring Russian arts and culture, including a visit to the Nicholas Roerich Museum, dinner, and the Opera “Iolanta” by Tchaikovsky performed in Russian at the Metropolitan Opera (production and performance by Mariinsky Theater, St. Petersburg)

Spanish A wine tasting followed by a Spanish dinner. Some students attended a concert of Paco de Lucia, who is considered to be the most innovative and influential flamenco artist of the past three decades, and others opted to visit Puerto Rico to learn about the history and current political and economic situation.

Inspired by Lauder students, Lauder Culture Quest is an optional activity, organized by the Institute with the collaboration of a student committee, during which small teams travel through a particular region of the world in search of cultural insights.